Anyone holding a strong belief be can be subject to confirmation bias – the tendency to interpret new evidence as confirmation of one’s existing beliefs or theories.

It can be seen in many discussions on Scientology here on my blog. Scientolgists faced with facts or iron-clad arguments against Scientology will defend their belief even to the point of the ridiculous.

But it takes on a more serious shade when the consequences affects every man, woman and child on this planet. Or more precisely all life on Earth. Climate change deniers continue to hold their beliefs strong in the face of avalanches of facts telling us we must do something Now in order to not wreck our world. When even the possible future President of the most powerful nation on Earth remain among the deniers of science, we could be heading for serious trouble. 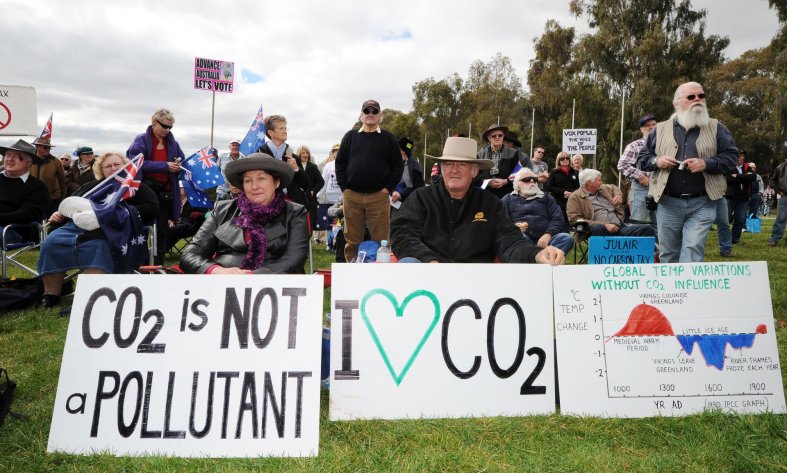 An article in The Guardian titled, “How climate science deniers can accept so many ‘impossible things’ all at once” highlights confirmation bias and its siblings, “conspiracist ideation” and “identity-protective cognition”. It’s worth a read. Also to help understand discussions regarding religion or belief.

34 thoughts on “The denial of facts”