Inspired by a discussion under my previous blog post, I came to realize a possible root cause for the unethical behavior of the Church of Scientology and within its ranks.

The unethical conduct of the Church of Scientology is well documented in books, articles and films. The unethical conduct of individual members has also gotten some attention in the media. Scientologists would have personal knowledge of falsifying statistics, embezzlement, undue pressure and duress, disregard of health, sordid treatment of children or other unsavoury acts in the name of “The Greatest Good for the Greatest Number of Dynamics”. 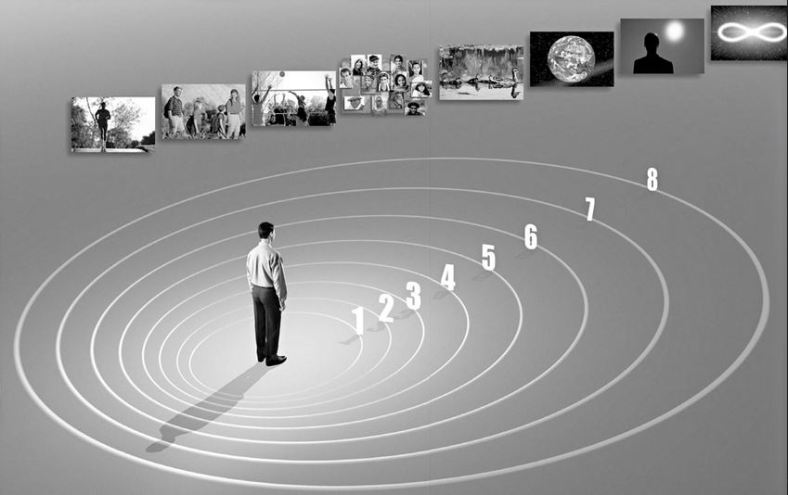 Let’s take a look at this central concept in L. Ron Hubbard’s “Ethics system”. First we need to understand what the “dynamics” are:

“There could be said to be eight urges (drives, impulses) in life. These we call dynamics. These are motives or motivations. We call them the eight dynamics.

The first dynamic is the urge toward existence as one’s self. Here we have individuality expressed fully. This can be called the self dynamic.

The second dynamic is the urge toward existence as a sexual or bisexual activity. This dynamic actually has two divisions. Second dynamic (a) is the sexual act itself and the second dynamic (b) is the family unit, including the rearing of children. This can be called the sex dynamic.

The fifth dynamic is the urge toward existence of the animal kingdom. This includes all living things whether vegetable or animal. The fish in the sea, the beasts of the field or of the forest, grass, trees, flowers, or anything directly and intimately motivated by life. This could be called the animal dynamic.

The sixth dynamic is the urge toward existence as the physical universe. The physical universe is composed of matter, energy, space and time. In Scn we take the first letter of each of these words and coin a word, MEST. This can be called the universe dynamic.

The eighth dynamic is the urge toward existence as infinity. This is also identified as the Supreme Being. It is carefully observed here that the science of Scn does not intrude into the dynamic of the Supreme Being. This is called the eighth dynamic because the symbol of infinity “∞” stood upright makes the numeral “8 .” This can be called the infinity or God dynamic.” (Fundamentals of Thought)

Then we need to understand what Hubbard would label the most ethical action or the “optimum solution”:

Most non-scientologist would balk at this and go “Objection your honor!” Most scientologists would buy into this hook, line and sinker. Because it is uttered by L. Ron Hubbard.

Putting the first dynamic on par with your family, your country, Mankind, all of life, the physical universe, all spirituality or God himself makes for a rather egotistical religion. But watch for the scientologists pitch in with comments on this blog post with “but, it’s all about you BEING your dynamics” and other esoterics to justify how this somehow, in some way could possibly be justified as sane. It should make for interesting discussions.

When Hubbard would refer to The Third Dynamic, he wouldn’t normally be talking about your soccer team, your astronomy club or your country. He would refer to Scientology. To him, Scientology was the only real Third Dynamic – on par with Mankind and God. And Scientologists are led to believe that it is so all-pervasive in its goodness that it empowered all the dynamics. This is why we see so many scientologists sacrifice their families and themselves to the greater cause of this “über-third dynamic”.

But without philosophizing too much, let’s simply put this “optimum solution” to test. In determining if some action is beneficial or harmful to a dynamic, we’ll give the action a -100% to +100% impact on that dynamic. A score of -100% would be the destruction of that dynamic, while a +100% would be a maximum positive effect (such as escaping death in gruelling situation). For any minor effect, we will use ±0.1% for convenience. The numbers are rough estimates that I am prepared to defend quite easily. In the examples below, you are in a family of 4, so you are 25% of your 2nd Dynamic.

Every Nazi could make use of Hubbard’s “optimum solution” to justify genocide.

I could go on and on, but you get the idea. Scientology ethics is self-centric and egotistical and totally off-balance.

Before someone start objecting that some of my examples are in fact against some law, I should point out that according to Hubbard those laws would simply be contrary to the optimum solution. The laws should be removed or amended to comply with the greatest good for the greatest number of dynamics.

It’s not that I would argue against the concept of the dynamics themselves, but to put them at equal value is nothing short of insane.