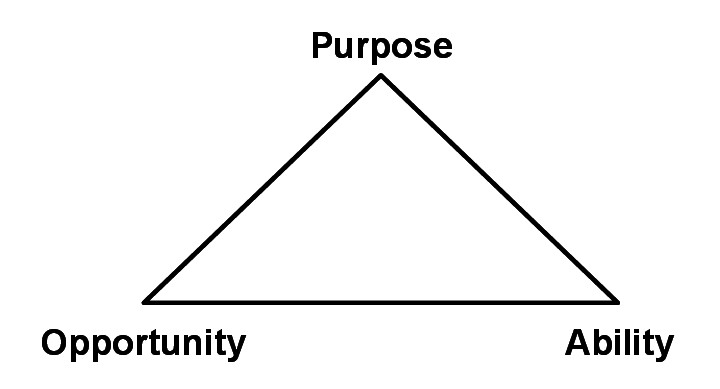 If the environment is fixed or unchanging, it can limit your possibility of reaching the goal. If your ability is fixed, you may only reach certain goals – and perhaps not the ones you want. If your purpose, your mind, your drive is fixed, it can blunt your chances of achievement.

Zooming in on the Purpose part of the above triangle. If your awareness is fixated, you may become unaware of your true goals, the barriers or dangers on the road, or what is required to reach the destination you desire. 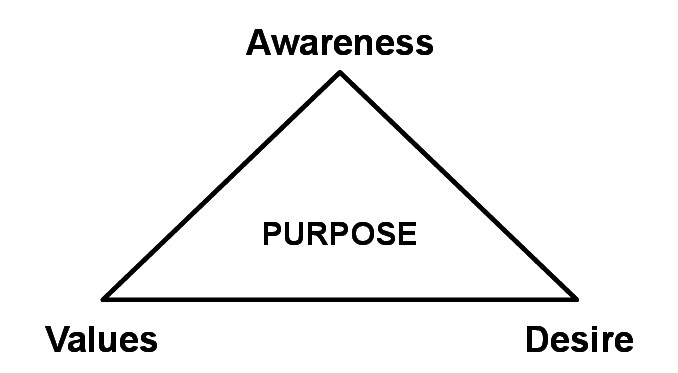 If your desire is narrowed, it may serve to drive you in a specific direction, and that may be all well and good. As long as that direction is truly where you want to go.

And lastly, if you have set values in life, it may well serve as a straight jacket in your quest for real happiness.

Rather than “be firm”, “adamant” or “holding your position in space”… be water, my friend.