Been busy lately. With moving into our new home, with interesting new projects, with coaching some amazing people. And so it has been quiet here on the blog. But I’ve got a new idea – what about writing a short blog post every day? Unfiltered thoughts, relating my everyday experiences or whatever pops to my mind. I will try it and see what happens. 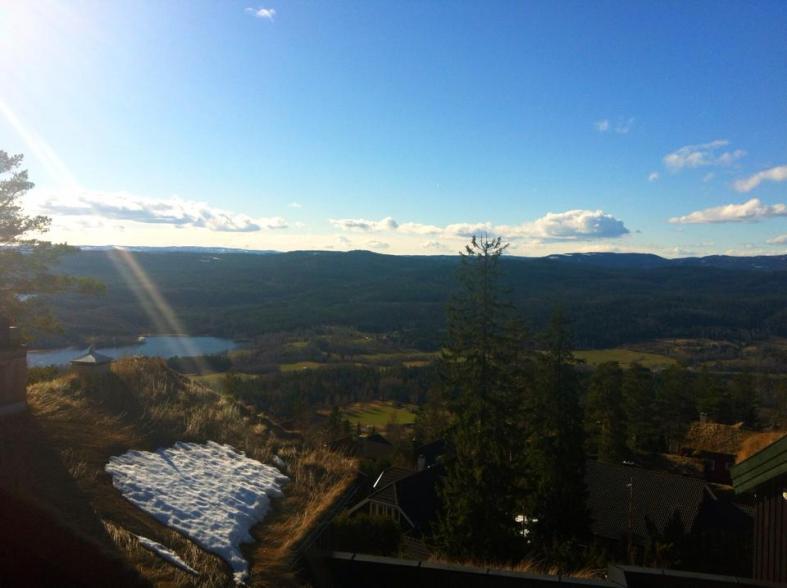 The view from our new place – great for my telescope 🙂

Brendan suggested I read the book “Antifragile“. A life-changer. What’s the opposite of “fragile”? Most people replies “robust” or some synonym. But no, that’s not the opposite of “fragile”. If you think of a scale from -1 (fragile) to +1, the “robust would be zero. On the minus side of the scale we find the stuff that is harmed by shock or sudden change – like a fragile vase accelerating toward the floor. Stuff that are not harmed are in the middel of the scale, while stuff that benefit from shock or sudden change is on the plus side. While the story of Hercules beheading Hydra only to see two heads replace the former head neatly illustrated the plus side, there are more common-day examples. Like your body. Exercising your body breaks down muscle fibre resulting in a better body. Stuff that adapts, adopts, learn from getting hurt are “antifragile”. And that is far above something “robust”. And people can be fragile. Or robust. Or antifragile. I aim for the latter and have been for a few years.

It actually got me thinking about how I could benefit from the ultimate harm. Got me thinking about death. And I find myself not fearing death. Rather, I am intrigued by it. I really wonder what it will bring. I’m almost excited about that change, whenever it will come. A friend of mine, Egil Möller once said that he believed the purpose of life was to come to peace with death. Interesting.

Apart from my recent personal philosophical explorations, I have been doing some interesting projects in Å. Currently, I am involved in a few projects at Bærum Kommune (one of Norway’s major municipalities) where I am facilitating a cultural change toward 100% responsibility and focus on Deliverables rather than Tasks (ref. my article “Processes, Automation and Human Potential“). I have also been writing their IT strategy for the next 6 years and proposing a steering and financial model. I also concluded a three month project with Altinn (Norway’s governmental digital data hub) last week. Apparently I moved some people in that organization – one person started crying as he stood up during the dinner to thank me for the project. He’s a great guy and I think he finally understood what a great guy he is.

On the coaching side, I have been working with a dozen people simultaneously for a few months with several concluding during the past weeks. One guy, a 16-year old was suicidal when we first met half a year ago. We established a scale from -3 to +3, reporting every day how the day was. A score of -3 would be “I want to kill myself”, a -2 would be a really bad day, -1 a shitty day, zero would be a “who cares”-day, a +1 equals a good day, a +2 a really good day and a +3 would be a spectacular day. We quickly got up from -3/-2 to an average of -0.5. Now he is regularly reporting +2 and very seldom as low as zero. So, it can be done.

Also, Anette and I met with Dan Koon yesterday. That was fun. Dan is an amazing person. I am hoping to do some fun stuff with him in the near future.

I will probably write shorter posts than this on a daily basis. While on vacation during the next few days, I will write short posts from my mobile phone. Wonder how that will turn out. Up into the mountain we go – stay tuned for pictures 🙂