It was 2005 and I was having a coffee down town with an old school mate of mine that was now a journalist for the national broadcasting corporation of Norway. He looked expectingly at me while I was desperately trying to come up with such people.

My friend was serious. He wanted to balance the constant negative press by a surprising angle on Scientology where he would portray the really successful scientologists, of which he apparently thought there were quite a few. I couldn’t think of any in Norway. Or Scandinavia. Or any I personally knew anywhere in the world. Sure, there were some with average success here and there, but no one that stood out as remarkable. None.

I never got back to the guy. Until I left the church in 2009 and told him I had a story for him.

This question about the actual success of Scientology bugged me for quite a while. I wrote a blog post three years ago titled, “Where are the amazing people?“. And the usual discussion ensued including justifications of how that is not a relevant question or what one mean by “amazing” and other nitpicking points. But the main point remains: Scientology does not seem to produce anything out of the ordinary in terms of good life or skills or amazingness.

I was somewhat surprised when I summarized the results. 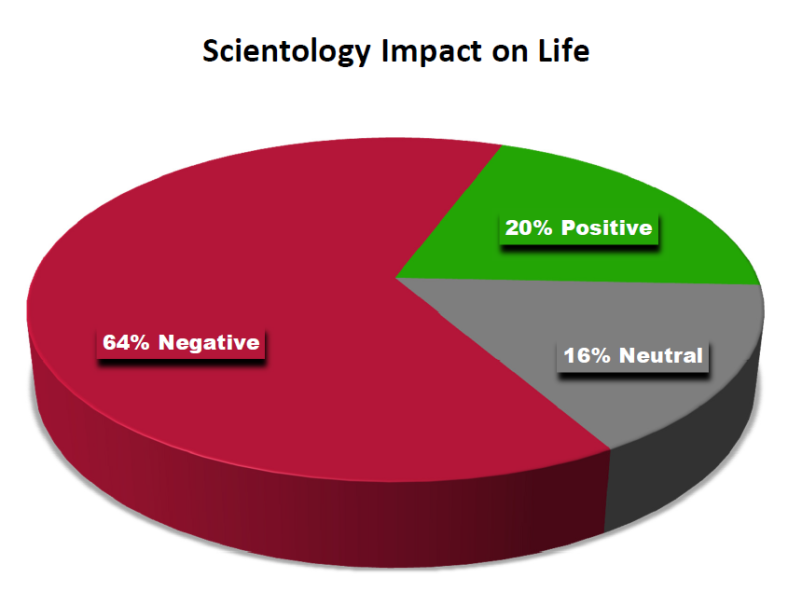 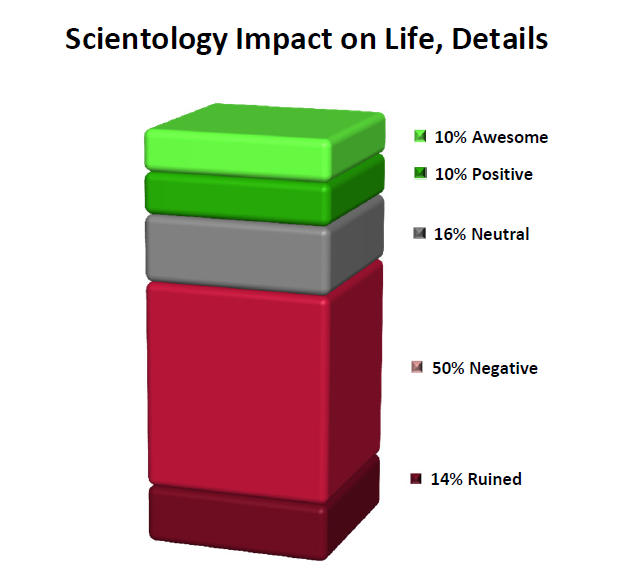 A couple of notes about the above:

Almost all (90%) of the list of people have lived a somewhat sheltered life on the fringe of the Scientology empire here in the Land of Santa.

From my experience, if you become involved with the Church of Scientology, there are some statistics you should be aware of:

While I do not know how the statistics are for Scientology delivered outside the Church, I suspect it is better. Simply because one does not have the Nazi regime, the thought police and the incessant craving for your time and money. I would be interested in hearing your own honest statistics, both from people you know having gotten Scientology in the Church and independently.

283 thoughts on “Did Scientology have a positive impact on their lives?”